Anna Kendrick and Rebel Wilson coming back for Pitch Perfect 2!

Aca-believe it! Universal and Gold Circle (who are behind the making of Pitch Perfect 2) has signed with two of the original movie stars: Anna Kendrick and Rebel Wilson. 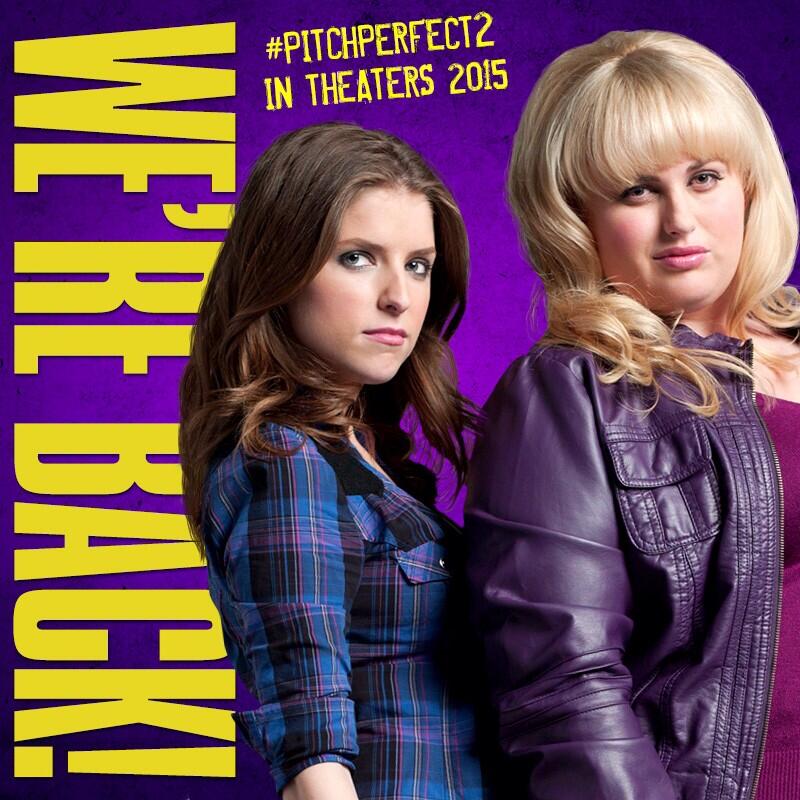 The two Pitch Perfect stars have been busy since the release of the original movie: Kendrick just wrapped the highly anticipated Disney movie Into the Woods and also just premiered 3 movies during this year’s Sundance Film Festival. While Wilson has her own TV series on ABC, Super Fun Night, which she not only stars but also created (including other project like Night at the Museum 3, and Kung Fu Panda 3).

Also joining Kendrick and Wilson in Pitch Perfect 2 is  Elizabeth Banks who produce and had a small role in the original movie; and now will make her feature film debut as the director of the sequel (Pitch Perfect 2). Kay Cannon is back writing the sequel and Paul Brooks is producing with Banks and Max Handelman. Universal’s Peter Cramer is overseeing the project.

So are you excited to see Anna and Rebel coming back for Pitch Perfect 2? Who else do you want to see come back for the sequel? (I am hoping they can get as many as the original cast to come back… fingers crossed!)