Here are some Fun Facts about Cups (Pitch Perfect’s When I’m Gone). Who performs the original song, where does the cup beat comes from and more… 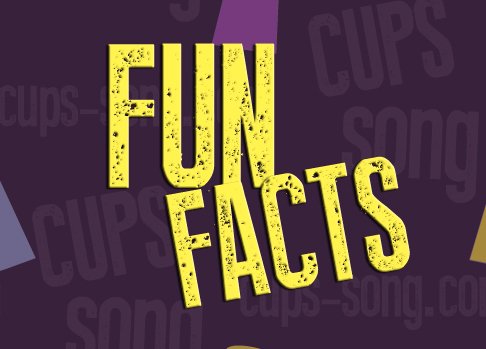 So what do you think of these Fun Facts? Did you know about them before? Are you now remembering the cup game? Share with us your comments…