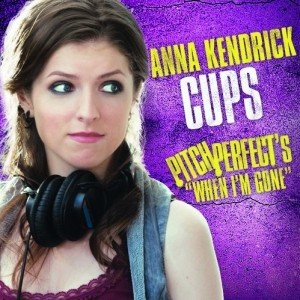 ‘Cups (Pitch Perfect’s When I’m Gone)’ is also known by just ‘Cups’. ‘Cups’ is a song performed by actress Anna Kendrick in the movie ‘Pitch Perfect’. The song was originally performed by Kendrick’s character Beca as her audition piece, she sang the song “When I’m Gone” accompanied by a yellow cup on the stage floor as percussion… genius, right?

Even though this performance was not written in the script of “Pitch Perfect” it was included in the movie once the producers found out that Kendrick could do it. She said she learned the song after seeing Anna Burden’s Youtube cover on Reddit.

A Timelline to the making of ‘Cups (Pitch Perfect’s When I’m Gone)’:

There are three versions of the song:

It has been announced that ‘Cups (Pitch Perfect’s “When I am Gone”)’ will be the official song for the 2013 CONCACAF Gold Cup.

Also you might like to visit our Fun Facts to find out more interesting facts about this song… like the original performer of the song, the cup beat, and more…