Rebel Wilson stars in ABC’s new comedy series Super Fun Night which premieres on October 2, after Modern Family. Rebel Wilson not only stars in the series but is also a creator of the show along side Conan O’Brien.

Junior attorney Kimmie Boubier (Rebel Wilson) and her two best friends Helen-Alice (Liza Lapira) and Marika (Lauren Ash) have had a standing date every Friday night for the last 13 years. They even have a motto for what they call “Friday Night Fun Night”: “Always together! Always Inside!” However, Kimmie’s recent promotion throws a monkey wrench into the tradition. Not only is she now working with her idol, “Lady Lawyer of the Year” Felicity Vanderstone, but she meets a dashingly handsome British attorney, Richard Lovell (Kevin Bishop), who invites her to his party at a trendy club. Determined to spend time with Richard and heed Felicity’s advice to network, Kimmie sets out to convince her friends to take Super Fun Night on the road. 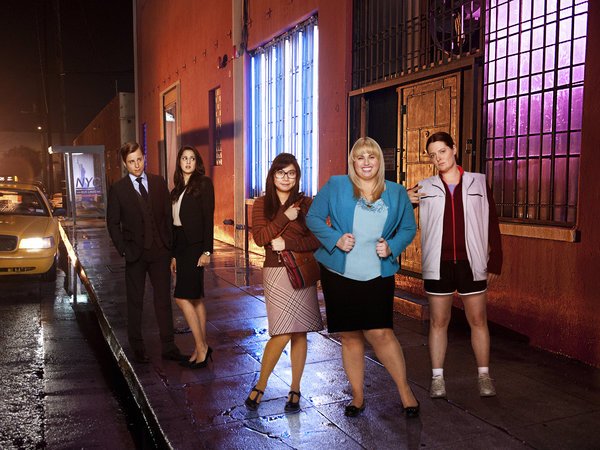