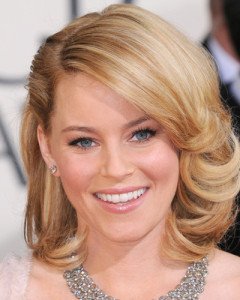 Elizabeth Banks will make her feature directorial debut with Universal’s Pitch Perfect 2! She is known to most Pitch Perfect fans as the producer of the movie Pitch Perfect (in which she also had a small role playing a singing competition commentator). She is internationally known for her role as Effie in The Hunger Games movies.

Also returning to the sequel is writer Kay Cannon (30 Rock, New Girl) who will write the script and co-produce with Gold Circle’s Jeff Levine. Scott Niemeyer of Gold Circle will exec produce.

So, are you excited to know that Elizabeth Banks will be directing Pitch Perfect?