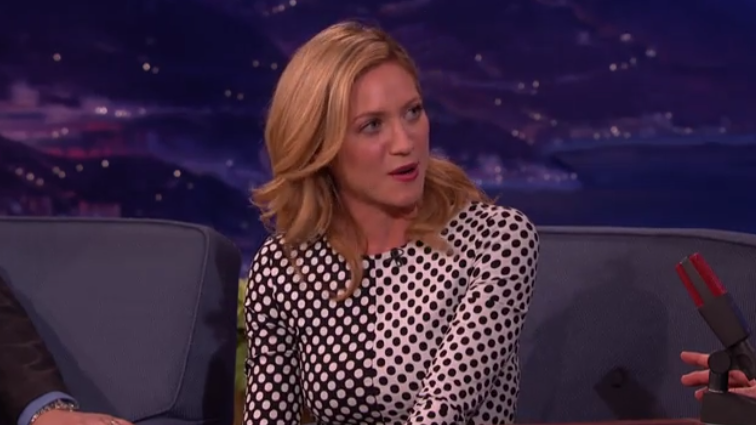 Brittany was the 13-year-old object of affection for Nu Ground, and it was even weirder than it sounds.

Brittany Snow On Her Singing “Ugly-Face”

Brittany loves to rock out to Sam Smith in her car, even though she looks like she’s in serious pain.

Ah! I'm on @TeamCoco #Conan tonight at 11 EST/PST TBS. Things get ugly and creepy….Be sure to swing on by pic.twitter.com/Cfu9xhIoCF

I look like I'm about to sneeze. Hot. Had a great time guys! https://t.co/hqzu6xOtPu

If you look at my dress cross-eyed for long enough on #Conan you'll see a boat! @TeamCoco #opticallusionsRULE