Pitch Perfect’s Bumper is heading to Modern Family. The Workaholics star has been cast as a recurring role in the ABC hit comedy to play baby Joe’s (Gloria and Jay’s son) male nanny. 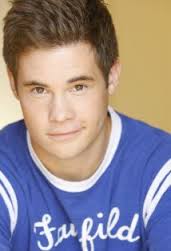 Sofia Vergara’s character Gloria will hire a cute new male nanny to look after baby Joe. Adam DeVine has been cast to play the male nanny or “manny” as a recurring role. DeVine’s character might also catch the eye of Jay’s granddaughter Haley (Sarah Hyland).

Executive producer Christopher Lloyd describes the manny as a nice guy from the Midwest who is “fun and matches Gloria’s energy in the house. But he doesn’t want to just take care of the baby. He wants to sort of revive the entire household, which leads to some territorial clashes with Jay [Ed O’Neill] and Manny [Rico Rodriguez].”

So what do you think of Adam DeVine’s new gig? Are you a Modern Family fan? Are you excited to see the Pitch Perfect star on Modern Family?

I am a huge Modern Family fan I think this is a great idea, I can’t wait to see Adam DeVine on the show. How about you?