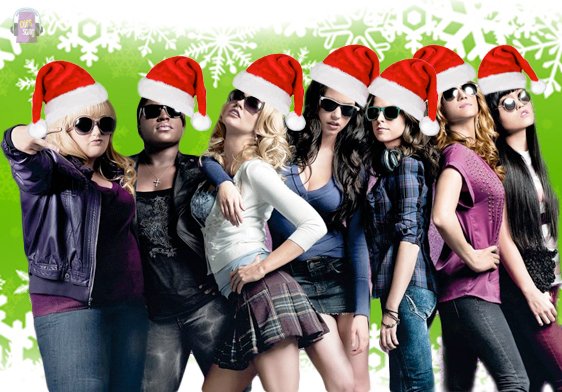 Aca-awesome news for all you Pitch Perfect fans, besides the Pitch Perfect sequel set to be release in 2015 we won’t have to wait that much longer for something new from the aca-amazing Pitch Perfect: Pitch Perfect is set to release a Holiday album for later this year.

According to Hana Mae Lee (Lily), a Pitch Perfect holiday album is on its way with all new recordings from the cast. It more surely be a capella she told MTV.

A rep from the movie studio Universal confirmed the album to MTV News but didn’t give any more details. Christmas albums usually come out on October so expect for its release around that date.

Following the success of the Pitch Perfect soundtrack which has sold over 838, 000 copies in 2013 and the “Cups” song which has climbed the Billboard Charts making it into the top 10 is no surprise that Universal is coming up with something new from Pitch Perfect.

Since its release last October, the movie has been building a huge fanbase and has been getting greater success, slowly but steady 🙂

Well keep you updated as soon as more details about this project comes out. So are you excited to have some aca-awesome music this holiday season? Which song are you wishing will be included in the album?