“Pitch Perfect 3” has shifted its release date for a second time. Now the movie is set to be release on December 22, 2017. The movie is schedule to start filming this fall. 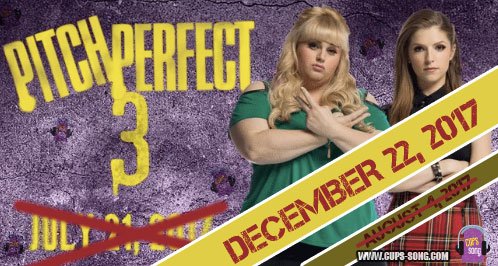 Anna Kendrick, Brittany Snow and Rebel Wilson have already closed deals to return, with Kay Cannon on board to pen the script and Elizabeth Banks set to direct.

No plot details have been released.

The original film was adapted from Mickey Rapkin’s book “Pitch Perfect: The Quest for Collegiate A Cappella Glory.”

Paul Brooks of Gold Circle Entertainment and Banks and Max Handelman of Brownstone Productions are returning to produce.