Pitch Perfect 2 continues to have a magical ride at the box office. In its’ third weekend at the US box office it finished second behind the San Andreas!

Pitch Perfect 2 placed in a distant second this weekend with an estimated $14.8 million. Universal’s successful musical comedy sequel starring Anna Kendrick was down a sharp 52 percent from last weekend’s three-day frame. While Pitch Perfect 2 continues to be quite front-loaded, the film is still outpacing expectations in a big way with a 17-day take of $147.54 million. That places the film 30 percent ahead of the $113.70 million 17-day take of last year’s Neighbors. Pitch Perfect 2 could experience another sizable decline next weekend with both Fox’s Spy and Focus’s Insidious: Chapter 3 entering the marketplace. 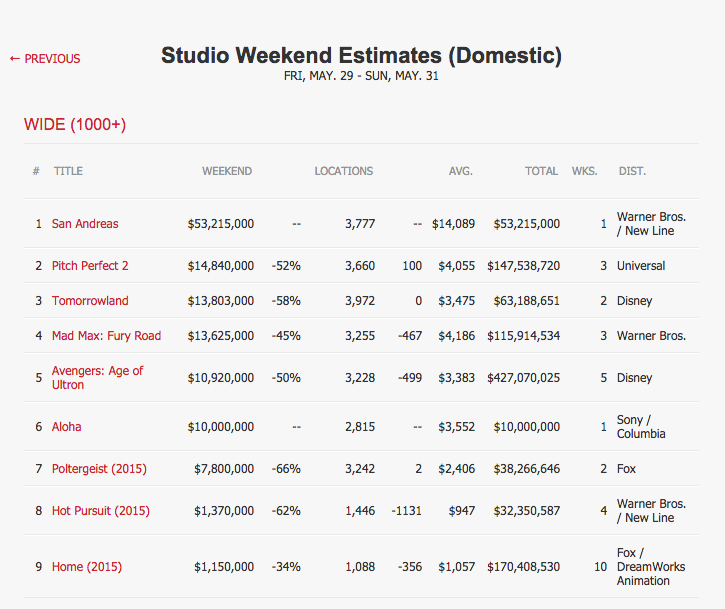