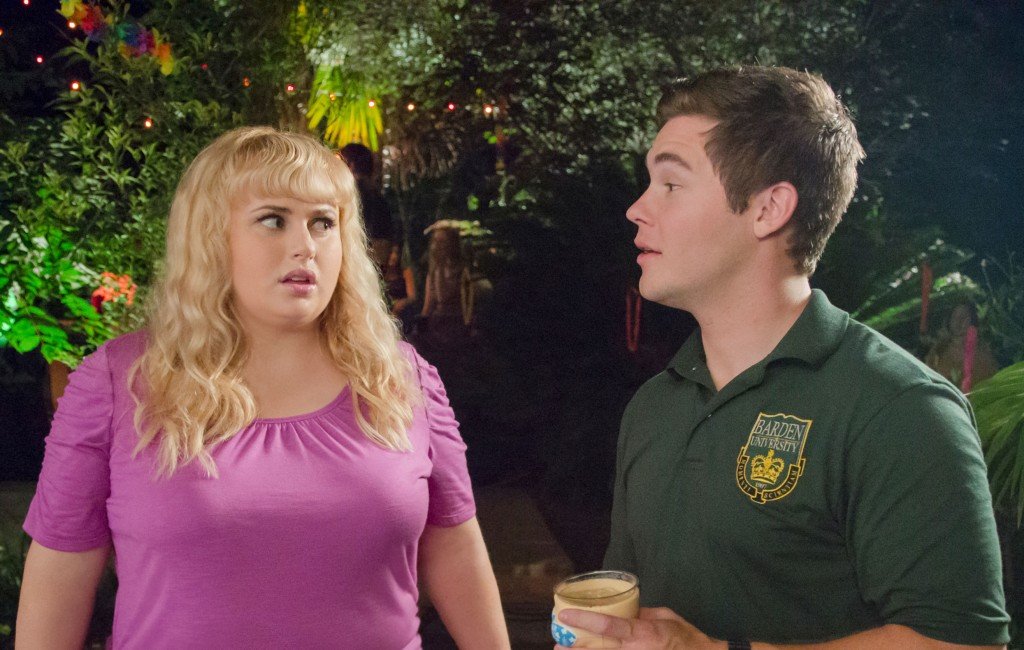 Universal’s Pitch Perfect 2 moved back into first place on Thursday with $3.91 million. The successful musical comedy sequel starring Anna Kendrick increased a slim 1 percent over Wednesday. Pitch Perfect 2 has led the daily box office for five of the past seven days and was the week’s top film with a stronger than expected seven-day start of $87.49 million. The film continues to rocket past the $65.00 million final domestic gross of 2012’sPitch Perfect and is currently running a very impressive 33.5 percent ahead of the $65.53 million seven-day take of last year’s Neighbors. 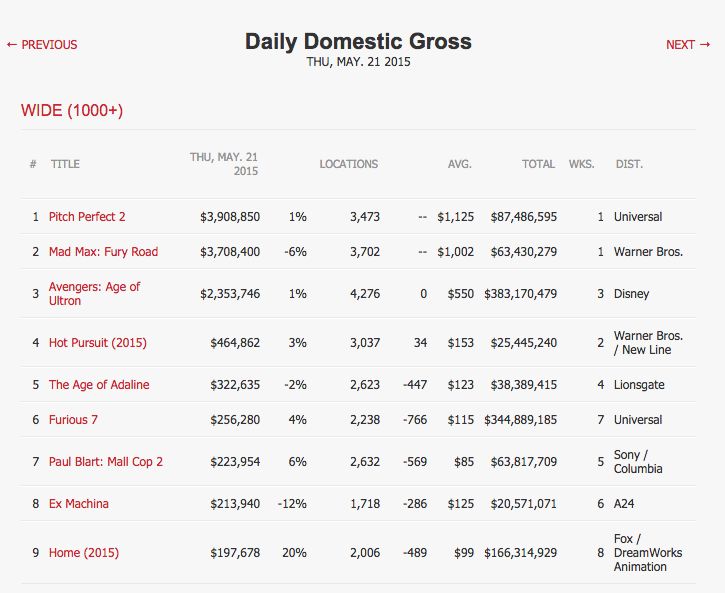