ANNA KENDRICK ON HER LOVE OF SWEARING, LENA DUNHAM AND BEING WEIRD ON SOCIAL MEDIA – Stylist.co.uk 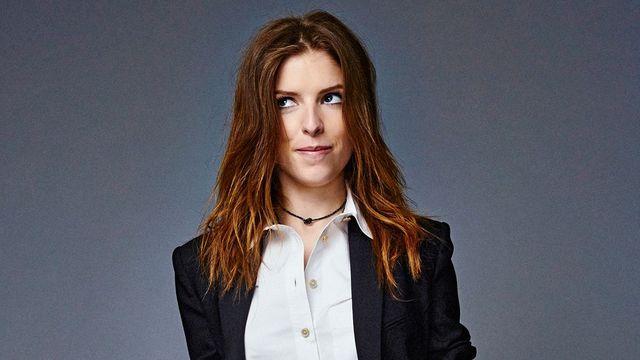 Check out some quotes of the interview:

If you had to describe Pitch Perfect to someone who hasn’t seen it, what would you say? It’s a comedy about dorks taking something that is not serious, very seriously. My favourite thing about the first movie is how the stakes just couldn’t be lower but everyone is losing their minds. It’s the same thing for this one.

The cast were not typical leading ladies, but the film exceeded all expectations. Do you think Hollywood is starting to embrace something new?I hope so. Women who fit that mould are rarely very funny and I think being funny is a result of having to fight for your place in a social group wherever you are in life. If you asked a psychiatrist they might say it’s a defence mechanism, but I think it’s great. Certainly very beautiful women who are very funny exist but they’re a rare breed. Everybody who’s really funny is a little bit broken and that’s OK, I’m all about broken.

You’re quite foulmouthed, but you look angelic which is quite a dichotomy. Do you think the two things are connected? Yeah, I guess that’s possible. My whole life I’ve been trying to convince people that they should take me seriously; looking like I was 10 when I was 18 made it more difficult. Using a combination of well-constructed conversation pieces then a handful of curses so that they knew I wasn’t just a precocious 10-year-old is a big part of it.

Do you think coming into the industry so young helped with those feelings? I guess. It’s a funny business always thinking about the psychology of different people and of yourself. You’d think I’d be a little more well-adjusted. I said the stupidest thing to my friend the other day: “Do you ever have an epiphany and then forget it?” Then instantly was like, “I’m such an idiot.” But I’d been on this hike and was feeling amazing and was like, ‘Yeah, that’s great, the next time I’m feeling anxiety, I must remember this feeling.’ Then I got home and I was like, ‘Oh no, what was that thing I was thinking about?’

Is there stuff that you won’t post online? Just things I don’t think are funny enough. I can’t actually think of an instance where I thought of something funny and then thought, ‘No, that’s too weird.’ My desire to say something funny completely overrides the fear of ridicule.