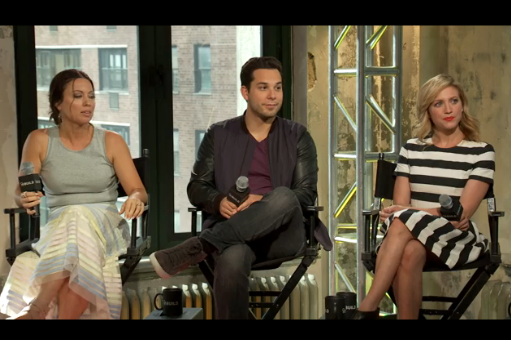 The Pitches are back!

After taking the world by storm in 2012, the Barden Bellas are BACK and better than ever. Oh, and they are also coming by AOL.com! Stars of the movie, Brittany Snow (Chloe) and Skylar Astin (Jesse), along with co-writer and producer Kay Cannon will join us at AOL BUILD to chat about the new movie.

In the sequel, the Barden Bellas attempt to dominate an acapella competition that no American group has ever won before to prove theBellas are here to stay. As seen from the trailer, the girls are ready to run the world and wreck the competition like a wrecking ball. Get ready for amazing performances and moments that you will be referencing for weeks to come.