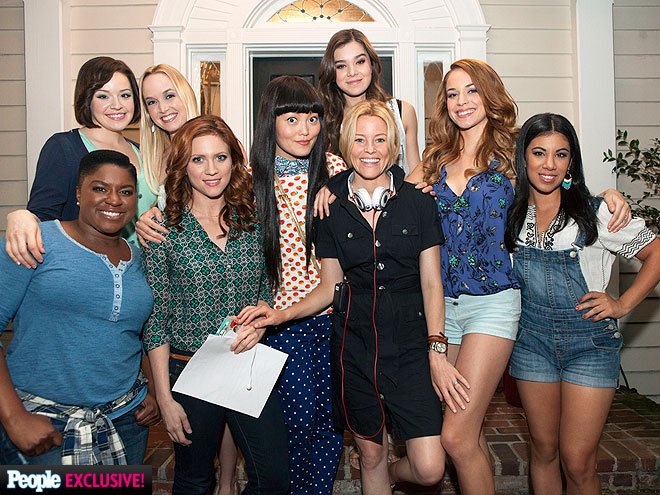 Congratulations to first time director Elizabeth Banks! She will receive the CinemaCon Breakthrough Filmmaker of the Year Award in a ceremony that will take place at the Caesars Palace in Las Vegas on April 23rd.

Elizabeth Banks, who makes her directorial debut with Universal Pictures’ “Pitch Perfect 2,” will receive the “CinemaCon® Breakthrough Filmmaker of the Year Award,” it was announced today by Mitch Neuhauser, Managing Director of CinemaCon. CinemaCon, the official convention of The National Association of Theatre Owners (NATO), will be held April 20 – 23, 2015, at Caesars Palace in Las Vegas. Banks will be presented with this special honor at the “CinemaCon Big Screen Achievement Awards” ceremony that will take place on the evening of Thursday, April 23, at The Colosseum at Caesars Palace. The Coca-Cola Company, the official presenting sponsor of CinemaCon, will host the final night gala awards program.

“One of Hollywood’s most versatile actresses and a force to be reckoned with behind the scenes at Brownstone Productions, Elizabeth Banks draws some of her cast’s finest performances to date as she helms “Pitch Perfect 2,” noted Neuhauser. “Elizabeth is already a well-deserving CinemaCon honoree for her talents as a performer, and we could not be more excited to honor her as the ’CinemaCon Breakthrough Filmmaker of the Year’ as she makes the transition behind the camera to direct her first feature.’”