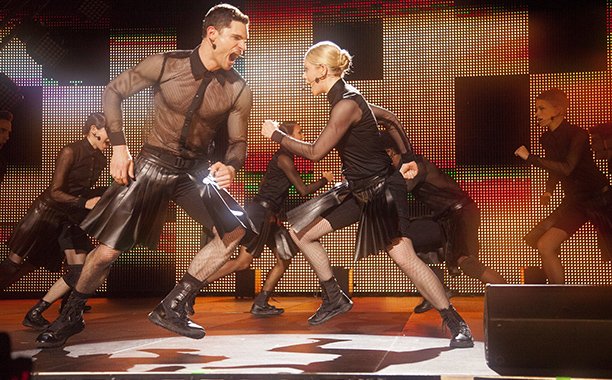 The group is led by actress Birgitte Hjort Sørensen (Game of Thrones) and YouTube funnyman Flula Borg, who each jumped at the chance to play ridiculous comic villains. “My background is in more dramatic roles, but the attraction of this business is being able to enter into these different comic universes and just go crazy with it,” Sørensen recently told EW.

But while the actress (who’s actually Danish) had to pump herself up for all the singing and dancing the role required, her costar and viral-video superstar Borg needed to calm himself down. “I had to run many, many sprints outside—both in my mind and in real life,” Borg told EW. “Otherwise I’d be bouncing around like a mad jellybean.”