Pitch Perfect 2 is back at number 1 after falling to second on Monday’s box office to Mad Max. 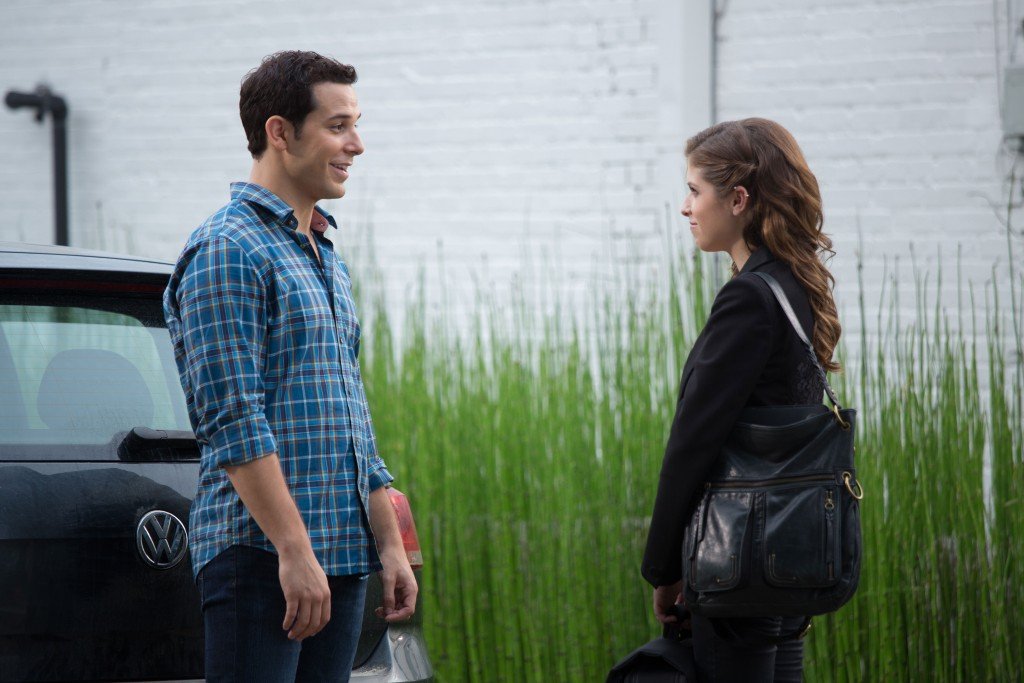 Universal’s Pitch Perfect 2 was up one spot over Monday to move back into first place on Tuesday with $5.28 million. The highly anticipated musical comedy sequel starring Anna Kendrick has led the daily box office for four of the past five days. Pitch Perfect 2 was up a slim 1 percent over Monday’s performance. It should be noted that daily percentage holds in general were softer than usual for a Tuesday due to Monday’s grosses being inflated by the Victoria Day holiday in Canada. Pitch Perfect 2 has grossed a stronger than expected $79.71 million in five days and will zoom past the $80 million mark today. The film is currently running a very impressive 37 percent ahead of the $58.31 million five-day start of last year’s Neighbors (which increased 9 percent on its first Tuesday to gross $4.84 million). 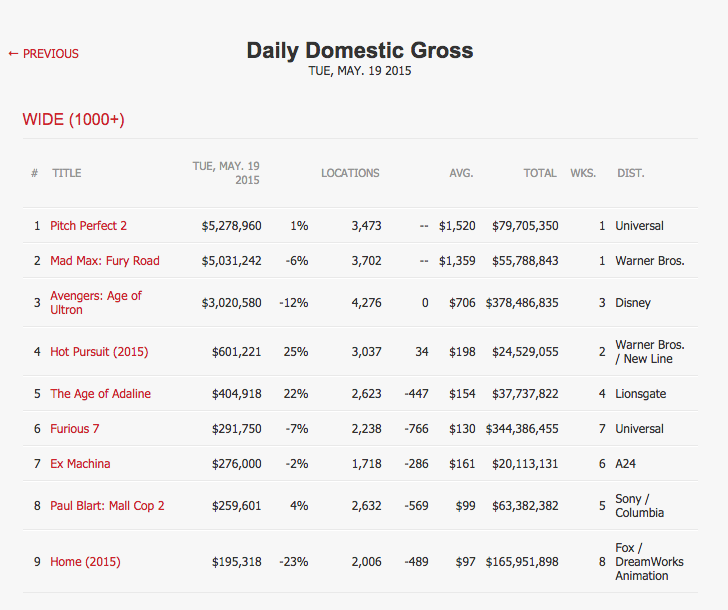