Anna Kendrick was interview by Collider.com. She talked about the movie, Spiderman casting, Bechloe fan fiction and more! 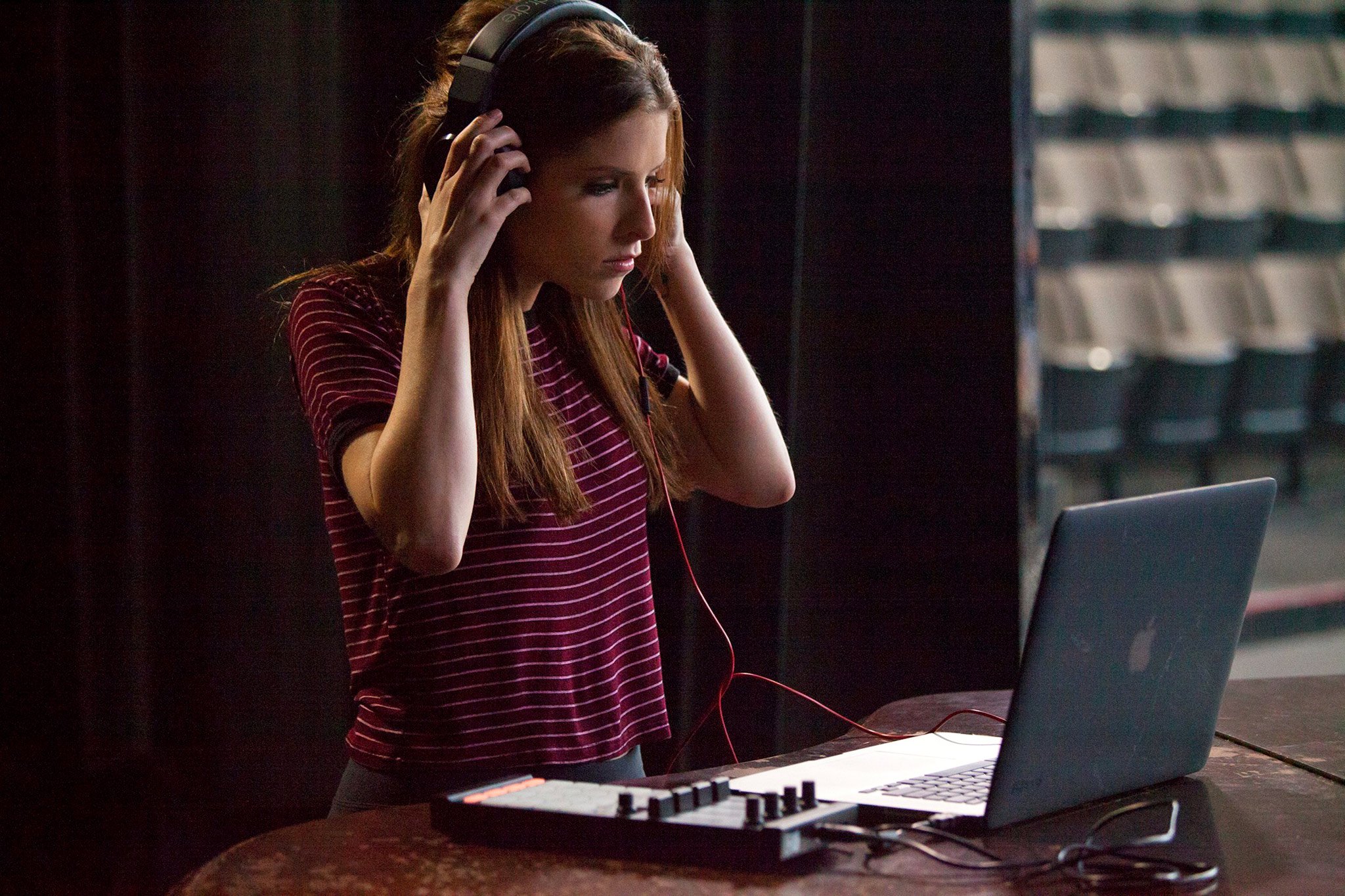 There’s a huge fanbase surrounding Beca and Chloe from Pitch Perfectas a couple.

What are your thoughts on that?

KENDRICK: I love it! I couldn’t be more excited about it. In the first movie when we were doing the scenes I was like, ‘This is entering sketchy town and I love it, that’s where I live, that’s my home, is in sketchy town’ Then we just kind of leaned into it and in the second one—I don’t know, it’s a weird combination in the second one where there’s moments where you’re like, ‘Oh, come on! That’s a perfect opportunity for a BeChloe moment’ and then there’s stuff where like, ‘Oh, that’s gonna blow those chicks’ minds’ Because some chick are really into it and I’m like, ‘Dope! I love it!’ the fanfiction and all of it.

Are you reading the fanfiction?

KENDRICK: I’m not gonna lie to you, I tried to read one fanfiction because I was like, ‘I have to know’ and I was… maybe I chose the wrong fanfiction to read, but it was so slow. I was expecting it to be like, ‘Oh my God! I can’t believe they’re writing this crazy shit about me and Brittany [Snow]’ but there was a lot of exposition and I was like, ‘This isn’t a [Charles] Dickens novel’ so I gave up on it after that. It’s probably for the best, I probably shouldn’t be reading that.

One of the other questions is, what is the dream project?

KENDRICK: Oh, yeah that’s a good idea actually because I get that question all the time. You know well enough to know that there’s no such thing as a dream project because I don’t know it until I’ve read it.

KENDRICK: For example, my favorite film is The Women but for me to even say like, ‘Oh, a remake of The Women’ they remade The Women, and it was a shit show. So you won’t know it until you find it, and in many ways The Last Five Years was a dream project, so check. But that’s actually good, a Christmas movie. Because it’s true, it’s a bucket list thing, and that’s actually something easy to say. People ask all the time and I’m like, ‘I don’t know’.

Have you stolen a prop or piece of piece of setting from a film?

KENDRICK: I stole a little snow globe from the set of the first Pitch Perfect that I don’t think ever made it on-screen, so it’s not like fans would be tickled by that information, but I still have it. And… what else? What else? Nothing from Into the Woods and… [Pause].

Here is the audio of the interview